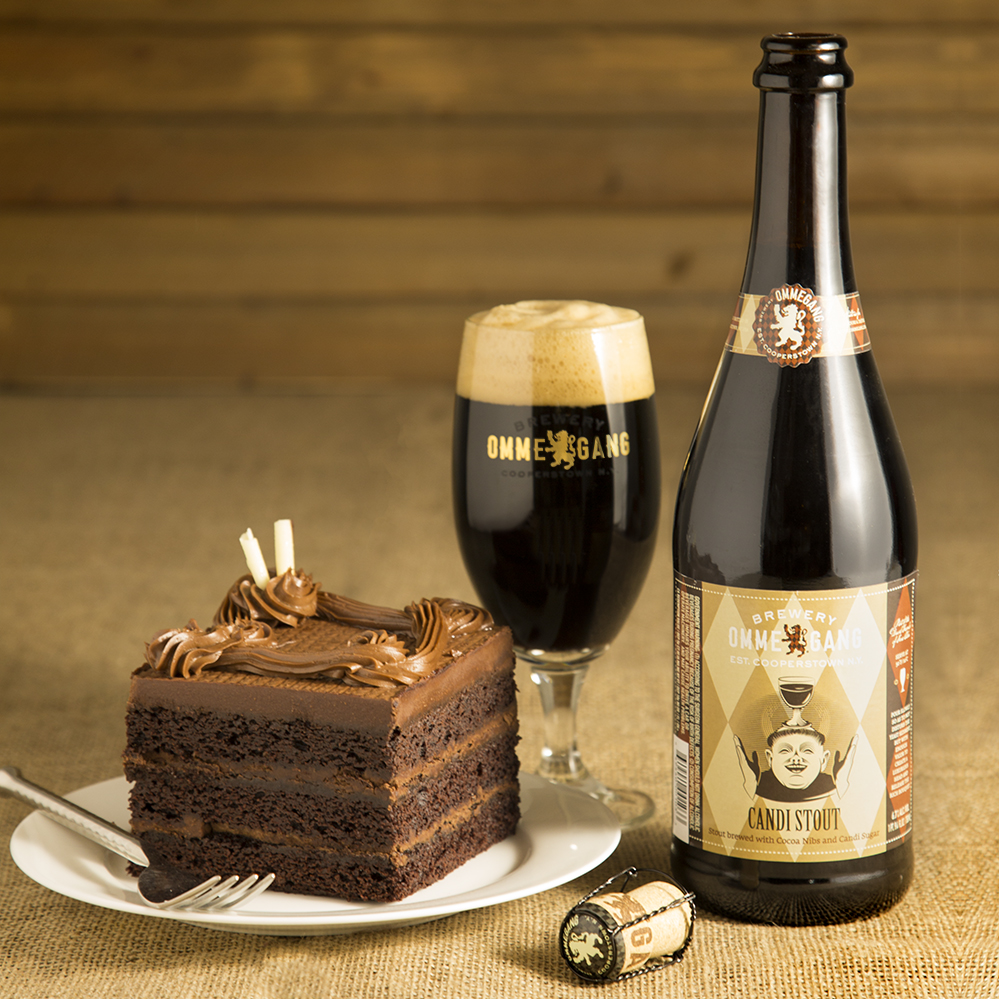 We are excited to introduce a new evolution in the our brewery's mission to blend the artistry of Belgian brewing traditions with a typically non-Belgian beer style. Candi Stout fuses rich roasted malts with Belgian candi sugar, bittersweet cocoa nibs, and a special strain of Belgian ale yeast. The result is a delightfully drinkable blend of a Belgian-style dark ale and a traditional stout.

From Brewmaster Phil Leinhart: “Candi Stout is unique in that the dark candi sugar lessens the body a bit and reduces the need for higher amounts of roasted grains so the beer drinks slightly lighter and less roasted than a typical stout.  This is a great beer for the cold months ahead, and we’re as excited to share this new beer with fans as we are to drink it this winter.”

Candi Stout is brewed with two-row, flaked barley, Pale Chocolate, Special B, aromatic, Midnight Wheat, and roasted barley malts. Candi syrup and cocoa nibs are added to create a smoothness and lightness of body not typically associated with stouts. Hopped with Styrian Golding and Saaz hops, and fermented with a Belgian abbey ale yeast, the beer’s ABV is 6.7%.

The beer pours a deep, dark black with a thick tan head. Dark chocolate and cocoa lead a complex aroma with subtle hints of dark fruit and spicy yeast. The flavor opens with mild sweetness, giving way to rich chocolate, and mild roast. The use of Belgian yeast and the extra dose of fermentables from candi syrup contribute a smooth body and finish, resulting in impressive drinkability, despite the beer’s complexity. Candi Stout is a perfect match for any variety of chocolate desserts, or on the savory side, with roasted or grilled meats, roasted root vegetables, and aged cheeses.

There will be a one-time release of Candi Stout in 750ml bottles on Saturday, December 23 at the brewery in Cooperstown and in the month of January in Wegmans, Total Wine, and Costco stores in the eastern part of the United States. Candi Stout on draft will be available in The Pub by Wegmans locations in February and nationwide in March, for a limited time.

We can't wait to hear what you think about Candi Stout. Cheers!