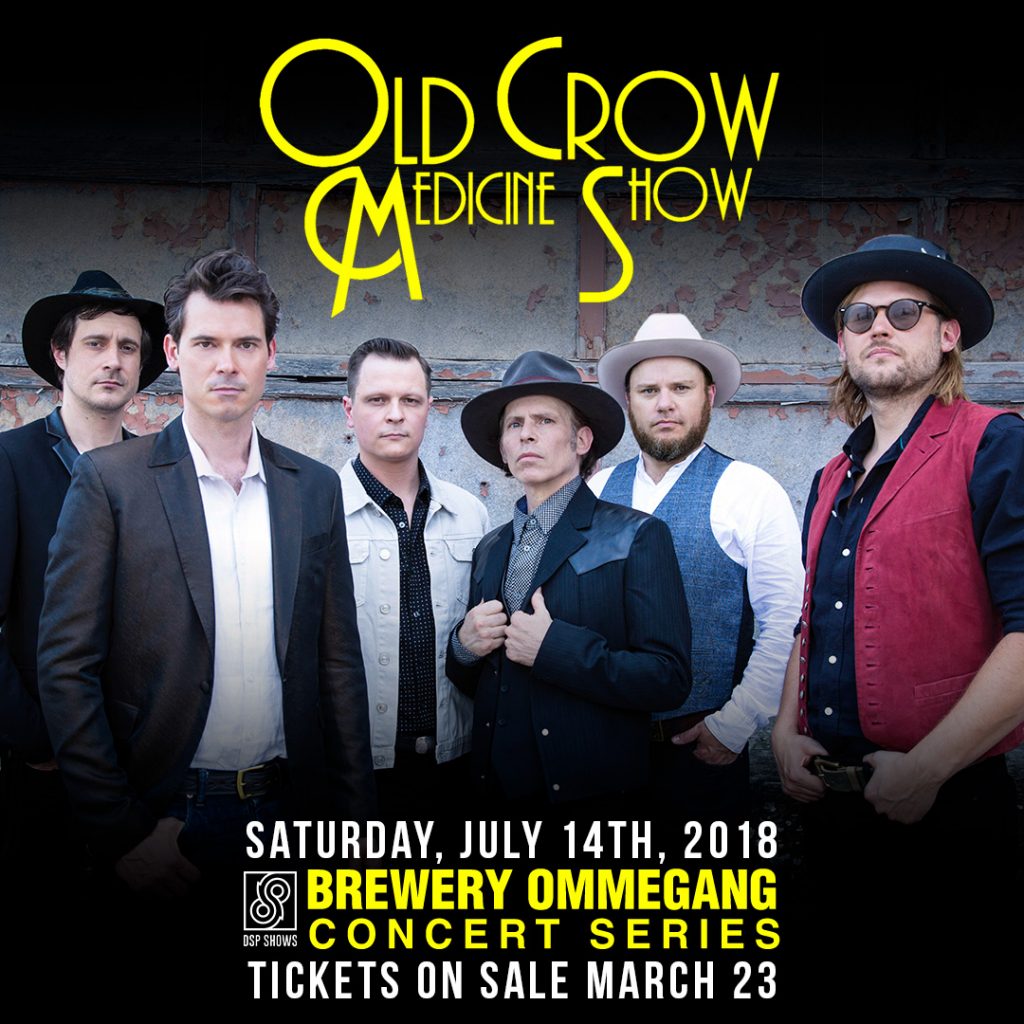 Great news, music fans. Old Crow Medicine Show is returning to the brewery stage this summer on Saturday, July 14. Tickets are $45.00 in advance and on sale now via DSP Shows and at the brewery store in Cooperstown. Families are welcome for this all-ages show, and children ages five and under do not require a ticket. Gates 5 PM. Show starts at 7 PM.

A limited number of camping passes are available to ticket holders until they sell out. Camping passes are $15 and can also be purchased online at dspshows.com. Read on for more information about Old Crow Medicine Show.

Old Crow Medicine Show started busking on street corners in 1998 New York state and up through Canada, winning audiences along the way with their boundless energy and spirit. They eventually found themselves in Boone, North Carolina where they caught the attention of folk icon Doc Watson while playing in front of a pharmacy. He invited the band to play at his festival, MerleFest, helping to launch their career. Shortly thereafter the band was hired to entertain crowds between shows at the Grand Ole Opry in Nashville, TN.

It's been over nineteen years since these humble beginnings. The band has gone on to receive the honor of being inducted as members of the Grand Ole Opry, and have won two Grammy Awards: "Best Folk Album" for Remedy (2014) and "Best Long Form Music Video" for Big Easy Express (2013). Additionally, their classic single, "Wagon Wheel", received the RIAA's Platinum certification in 2013 for selling over 1,000,000 copies.

In 2011 Old Crow found themselves embarking on the historic Railroad Revival Tour with Mumford & Sons, and Edward Sharpe & the Magnetic Zeros. This tour had the bands riding a vintage train from California to New Orleans, playing shows along the way. The magic of this musical excursion across America's vast landscape is captured in the Emmet Malloy directed documentary, Big Easy Express.

We hope to see you at the show in July!