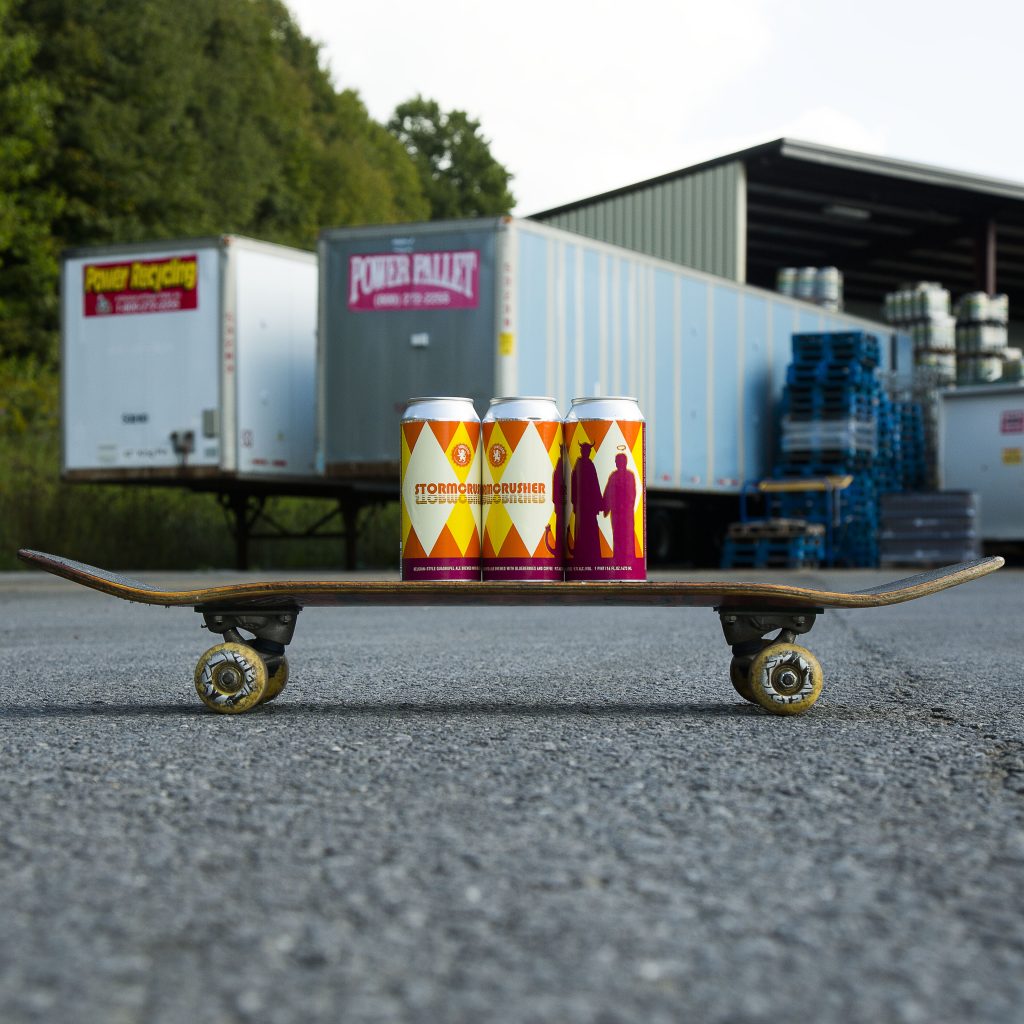 It's a collaborative end-of-summer for us and one of the beers we're most excited about this fall is Stormcrusher, a beer brewed with our friends at Brash Brewing Co. in Houston, Texas. Stormcrusher is a big, bold Belgian-style quadrupel brewed for a cause: to benefit the City of Houston as it recovers from Hurricane Harvey. This Houston-only release is launching this week. Read on for more information:

(COOPERSTOWN, NY) On the anniversary of the devastating arrival of Hurricane Harvey to the Texas coastline, the unlikely pair of Brash Brewing Company in Houston and Brewery Ommegang in Cooperstown, NY have teamed up to announce the release of a collaboration beer aimed at supporting rebuilding efforts. Stormcrusher, a Belgian-style quadrupel ale brewed with blueberry and coffee beans, is a bold new beer by two dissimilar breweries brought together for a common cause. For every four-pack sold, the breweries will donate $1 to the Southern Smoke Foundation , an organization dedicated to supporting those in the local food and beverage community who have been affected by the storm. The beer will be available only in the Houston-area beginning this week and will be presented at a series of launch events around the city as well through regular retail distribution.

”While Cooperstown may be a long way from Houston, we are familiar with the effects of major hurricanes and after Harvey left Houston, we picked up the phone to see if there was anything we could do to help, "says Doug Campbell, Brewery Ommegang's president. "Brash answered, and while our breweries almost couldn’t be more different, we’ve really enjoyed working with them in their backyard.”

“We were flattered to work with a brewery that we've admired since getting into craft beer many years ago,” says Ben Fullelove of Brash. "Especially for a good cause."

The 9.7% ABV quadrupel ale is brewed with pilsner, pale, aromatic, Munich-20, Xtra Special, and Cara-20, hopped with Styrian Golding and Spalter Select, and finished with blueberry puree and Ethiopian coffee beans from Avid Coffee, a local Houston coffee purveyor. It pours a deep burgundy with a rich tan head. Aromas of coffee burst from the glass followed by notes of blueberries and caramel. The flavor follows the aroma with the coffee up front and undertones of blueberry. A full mouth feel, and pleasantly sweet caramel malt profile is persistent throughout, resolving to a lingering sweetness.