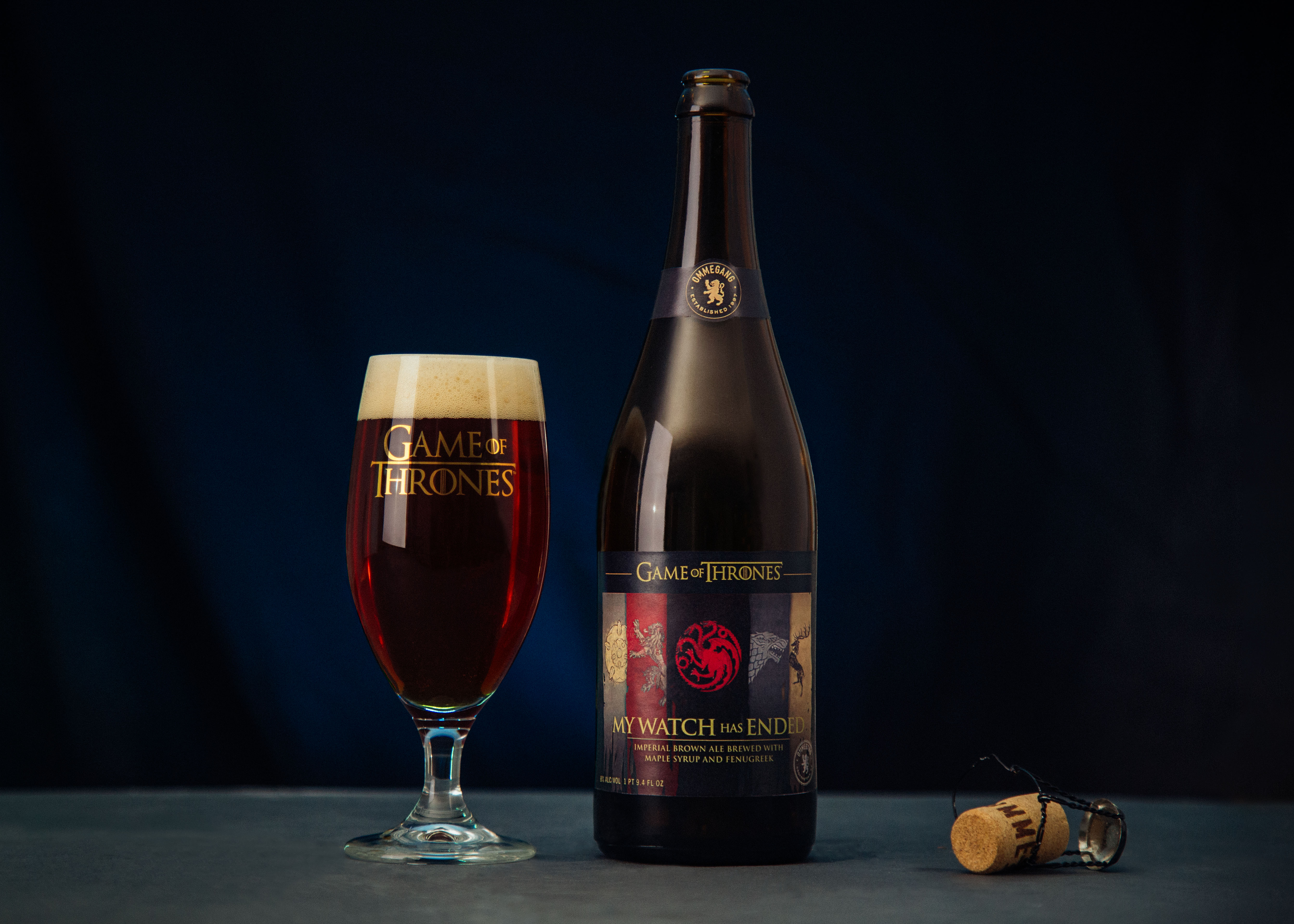 Brewery Ommegang and HBO announce My Watch Has Ended, a beer to celebrate the end of Game of Thrones

Together with HBO Licensing & Retail we are pleased to announce the 15th and final offering in our multi-year, multi-beer partnership inspired by HBO’s award-winning drama, Game of Thrones. My Watch Has Ended, an imperial brown ale brewed with maple syrup and fenugreek, will be available this fall, expressing the state of Westeros after eight seasons of bloody battle.

"We've brewed an amazing array of different beers over the course of this partnership, and it's been our pleasure to be part of this phenomonal story," said our president Doug Campbell. "A tribute to fans everywhere, My Watch Has Ended is a fitting end to the series, and a reflection of the mindset of fans now that this epic story has come to a close. We hope it’s something they’ll enjoy with friends as they reminisce about their favorite episodes and characters.”

“Fifteen beers and six years later, we’ve now arrived at our aptly named final beer, My Watch Has Ended,” said Jeff Peters, VP of Licensing & Retail. “What an incredible collaboration this partnership with Brewery Ommegang has been, and we couldn’t be prouder of this final product. Cheers!”

My Watch Has Ended is brewed with two-row base malt, specialty grains such as oat flakes and chocolate malt, plus maple syrup and fenugreek, an herb with a maple-like aroma and flavor. Hopped with Hallertau Magnum and Styrian Golding varietals and fermented with an English ale yeast, with aromas of sweet maple and caramelized sugar, the beer pours a rich mahogany. Notes of cocoa and toffee and a smooth, velvety mouthfeel finish dry, with gently smoldering roast.

My Watch Has Ended is 8% ABV and makes a superb match for rare, grilled steak. The char pairs with the roasted malt while maple notes play off the sweetness in the meat. The beer is also a fine candidate for sipping before the fireplace as winter arrives.

The beer will be available on draft and in 750 ml bottles at the suggested retail price of $11.99/bottle. My Watch Has Ended launches in late fall in time for the holidays, and alongside the Collector’s Edition pack, featuring three previously released beers: Take the Black Stout, Fire and Blood Red Ale, and Winter Is Here Double Wit, plus a commemorative glass. Enjoy all of these beers while reliving the show with the delux Game of Thrones-box set that arrives in stores in early December, just in time for holiday giving.

A list of states where the beer will be sold will be available later this year and fans can search for retailers by zip code using our beer finder once the beer begins selling.