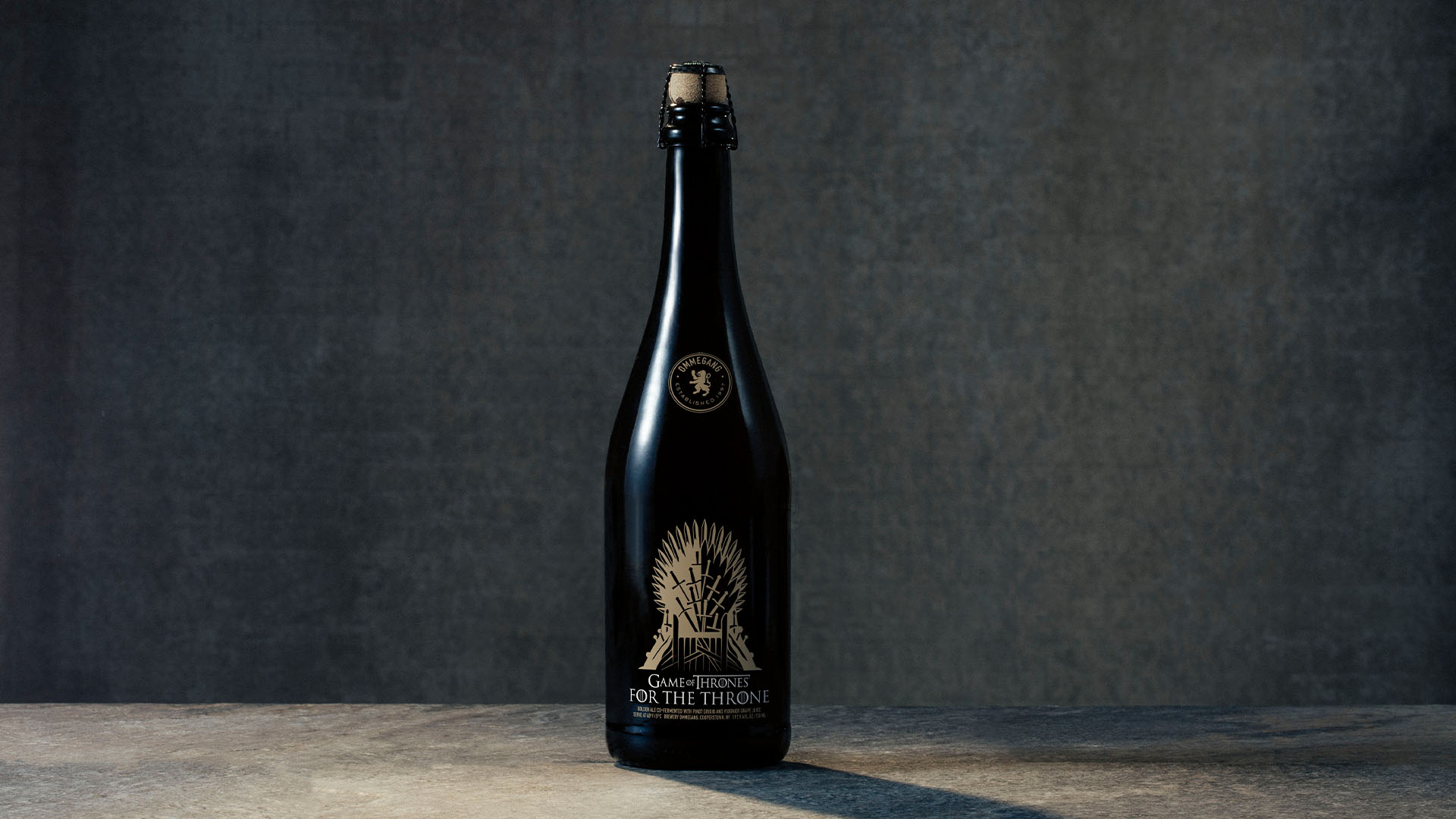 Brewery Ommegang and HBO® announce For The Throne,
New co-fermentation beer to celebrate the return of Game of Thrones®

We're thrilled to announce details of For The Throne, the latest beer in our Game of Thrones-inspired series. For The Throne launches at the brewery on Friday, March 15, and will be available throughout the realm in early April, just in time to raise a glass to the return of Game of Thrones on Sunday, April 14.

Read on for more details about the beer, and where to find it.

Brewery Ommegang and HBO® announce For The Throne, new co-fermentation beer to celebrate the return of Game of Thrones®

COOPERSTOWN, NY – As fans prepare for the highly anticipated return of Game of Thrones, Brewery Ommegang and HBO Licensing & Retail are pleased to announce For The Throne, the latest beer in their multi-year, multi-beer partnership. For The Throne launches nationwide at the beginning of April, just in time for the realm to reach a fever pitch when the show returns on Sunday, April 14.

“Winter is here, the wall has fallen, and the final battle for Westeros is underway. With this offering, we have bent the traditional boundaries of beer-making, co-fermenting traditional ingredients with juices normally destined for fine wines, going to great lengths to create a truly unique, special beer,” says Brewery Ommegang president Doug Campbell. “This style of beer, often called a ‘oenobeer,’ is a rapidly expanding area of study for us. For The Throne is our first of co-fermentation beer of 2019, and the only one we’ve launched under the Game of Thrones banner.”

“In the course of planning out the next beer in our amazing collaborative partnership with Brewery Ommegang we asked the brewers ‘What would Ommegang do for the throne?’” said Jeff Peters, Vice President of Licensing and Retail at HBO. “Their answer was to brew this exciting and innovative co-fermented beer so that our fans can raise a toast to the culmination of their beloved series this spring. Every bottle, every pour, every toast, every sip... For The Throne!”

Delicate yet complex, For The Throne is a tribute to those who aspire to be the final occupant of the Iron Throne. This 9.5% ABV strong golden ale is co-fermented with pinot grigio and viognier grape juices and then bottle conditioned with Champagne yeast to create an ale fit for royalty.

For the Throne pours a striking golden copper with a fluffy white head. Aromas of honeysuckle and toasted grain mingle with notes of pear and apricot. Flavors of sweet malt and honeydew lead to a quaffable body that belies the elevated alcohol. The finish is clean and dry, with vibrant effervescence.

For The Throne is brewed with pilsner and carapils malts, dextrose, and pinot grigio and viognier grape juices, and hopped with Bravo and Saaz varietals. Ommegang’s house yeast is used in primary fermentation and Champagne yeast in bottle conditioning.

A welcome addition to any feast, pair this versatile beer with all manner of cheeses, whole roasted poultry and smoked fish, and for dessert, macerated berries and fresh whipped cream. Available on draft and in wrapped 750ml bottles with gold artwork, For The Throne will be sold throughout Ommegang’s distribution network beginning in early April.