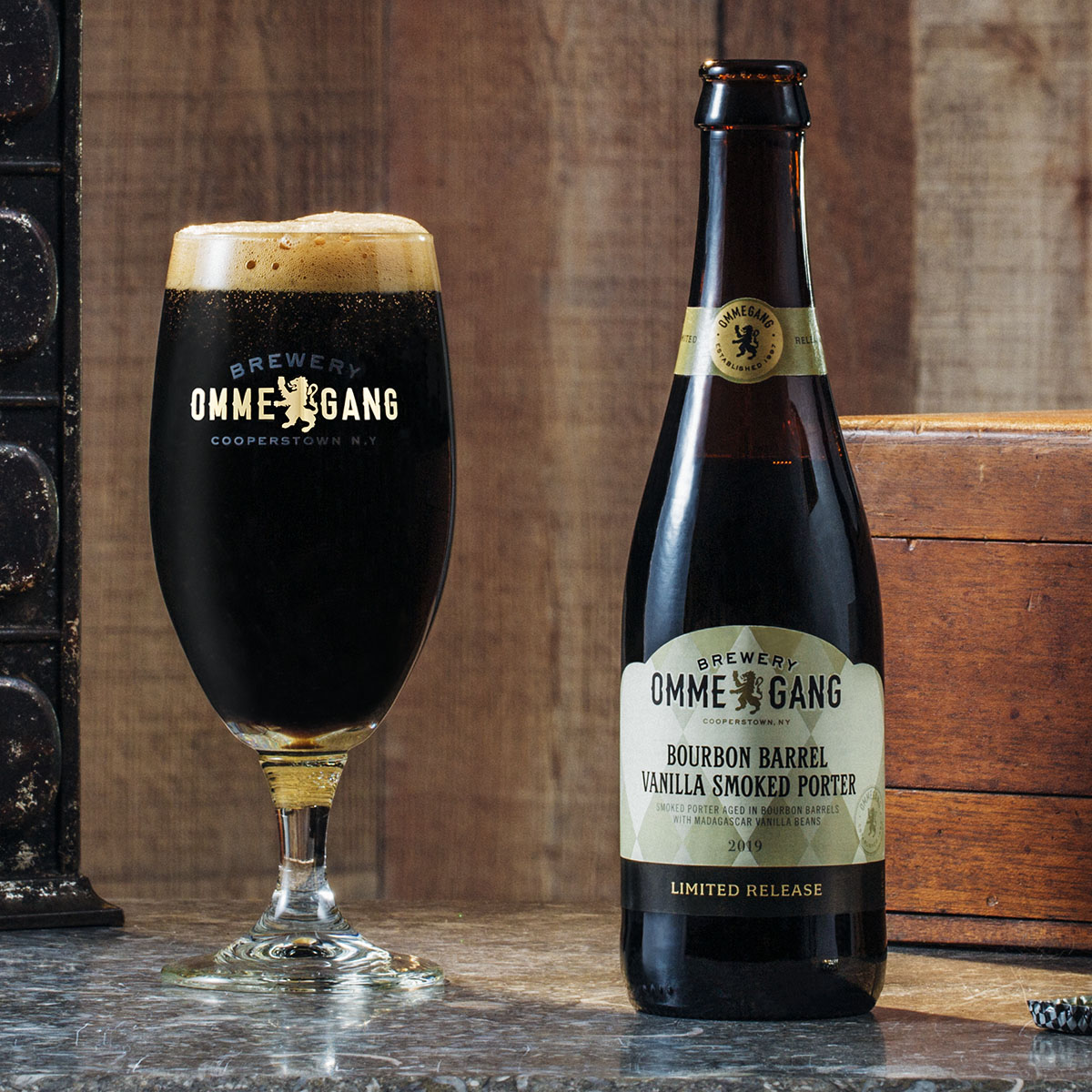 Earlier this week we shared on Instagram a first look at our our new branding plus details about our first new release for 2019, Bourbon Barrel Vanilla Smoked Porter.  This delicious twist on a 2017 fan favorite is destined for limited release in 12-ounce four packs and on draft beginning February 1 at the brewery in Cooperstown and nationwide in March.

During the summer of 2017 when our brewers were developing Ommegang Smoked Porter, it became clear that this was a beer meant for barrel aging. From brewmaster Phil Leinhart: “We knew the rich notes of cocoa and roasted malt, caramel sweetness and mild smoke of Smoked Porter would be even more enjoyable after time in the barrel. The resulting beer is exactly what we hoped for and we’re excited for fans to try it.”

Bourbon Barrel Vanilla Smoked Porter is brewed with a carefully crafted blend of smoked and other malts, and hopped with Saaz before gracefully aging in bourbon barrels with Madagascar vanilla beans.

Bourbon Barrel Vanilla Smoked Porter pours a deep brown, almost black, with a thick tan had that quickly dissipates. Rich notes of cocoa, vanilla, and subtle hints of oak and coconut follow the prominent aroma of bourbon. Vanilla flavor leads followed by bourbon and dark chocolate. The smooth mouthfeel and surprisingly light body lead to a finish that is moderately dry, with subdued notes of lingering roast.

This 9.5% ABV beer is an ideal pairing with dark meat such as braised lamb shanks, seared hanger steak, or roast duck. The mouthfeel is an excellent accompaniment for similarly creamy cheeses such as Camembert, and the sweet vanilla and bourbon notes make it a great pairing with desserts like apple tarts or spice cake.