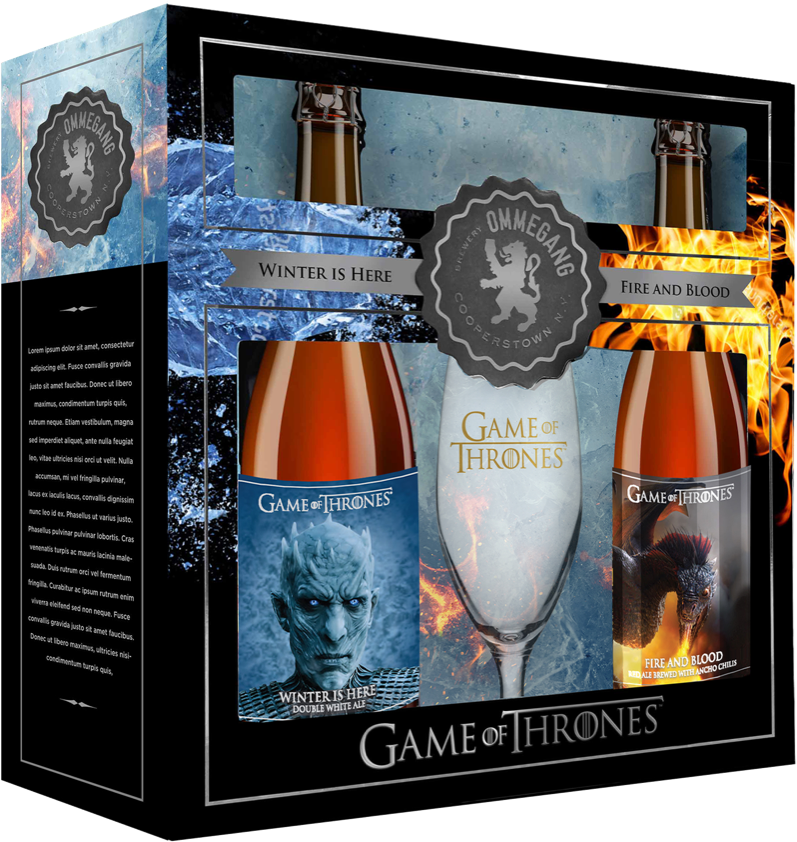 UPDATE 10/11: Winter is Here and the 2+1 gift packs are shipping to distributors now and you should start seeing the beer in retail near the end of the month. The beer will be available at the brewery in Cooperstown on Saturday, October 21.

Daenerys Targaryen has finally set sail for Westeros with her armies, dragons and new Hand of the Queen, Tyrion Lannister. Jon Snow has been named King in the North after defeating Ramsay Bolton in the Battle of the Bastards and returning Winterfell to House Stark. In King’s Landing, Cersei Lannister has seized the Iron Throne by incinerating the High Sparrow, his followers and her rivals in the Sept of Baelor. But as old alliances fracture and new ones emerge, an army of dead men marches on the Wall, threatening to end the game of thrones forever.

On that note, we are excited to announce a brand new Game of Thrones-inspired beer and the return of a fan favorite.

It may be the start of summer, but Game of Thrones fans from throughout the realm are preparing for winter when the hit HBO series returns July 16. And while those fans will still be sipping Bend the Knee Golden Ale throughout Season 7, Brewery Ommegang and HBO Global Licensing are proud to announce that a brand new beer in their successful partnership, available this fall, will confirm once and for all that, finally, Winter is Here! An 8.3% AVB Belgian-style double white ale with the fearsome Night King emblazoned on the label, Winter is Here will be available in 750ml single bottles, on draft, and also paired alongside previously released Fire and Blood Red Ale in a collectible gift pack complete with a commemorative glass. Suggested retail price is $11.99 for the individual bottles and $23.99 for the gift pack, both of which will be on shelves in late October.

“For six seasons, Game of Thrones fans like ourselves have watched as the great houses of Westeros battled amongst themselves, all the while knowing that the only battle that really mattered – the great war – was yet to come,” says Doug Campbell, Brewery Ommegang’s President. “In this next season, we celebrate the long-awaited arrival of winter with a beer fit for consumption north of The Wall. Winter is Here is a fortifying and delicious double white, brewed with sea salt and white pepper, sure to keep you warm in winter, no matter how long it lasts.”

“Game of Thrones fans have been waiting for winter since the very first episode of the series debuted,” says Josh Goodstadt, Vice President of Global Licensing at HBO. “Now, thanks to this latest Game of Thrones beer, they’ll have the perfect brew to sip throughout the cold months that lie ahead. We can’t wait for fans to get their first taste of Winter is Here!”

Winter is Here is brewed with pilsner malt, white wheat malt, and soft red wheat flakes, hopped with Saaz hops, and spiced with white pepper, sea salt, coriander and sweet orange peel. Brewery Ommegang’s house yeast is used in primary and secondary fermentation. This double white ale pours a hazy pale straw color with a stark white head. Aromas of banana, clove, and pronounced peppery phenols lead, and the flavor is slightly sweet malt, subtly balanced by hints of sea salt. Despite a full mouthfeel and healthy ABV, it still manages to drink quite lightly. The finish gradually builds in a warming crescendo of peppery spice.

Fire and Blood was the third beer in the collaborative series, originally released in spring of 2014. It’s brewed with pilsner, spelt, rye, and other specialty malts, hopped with Styrian Golding and German Tettnang hops, and spiced with ancho chilies for additional complexity. The hue is deep, dark red with a persistent, creamy, off-white head. The aromas of ripe fruit, raisins, slight spice and malt mix nicely with a slight floral, spicy hop character. The flavor of sweet malt gives way to faint dryness and is balanced by spicy rye and hop flavors with underlying raisin and prune notes. The finish offers balanced malt and spicy characteristics from hops and rye. Fire and Blood is 6.8% ABV, and the label art features one of the original three labels, a fiery image of Daenerys Targaryen’s dragon, Drogon. 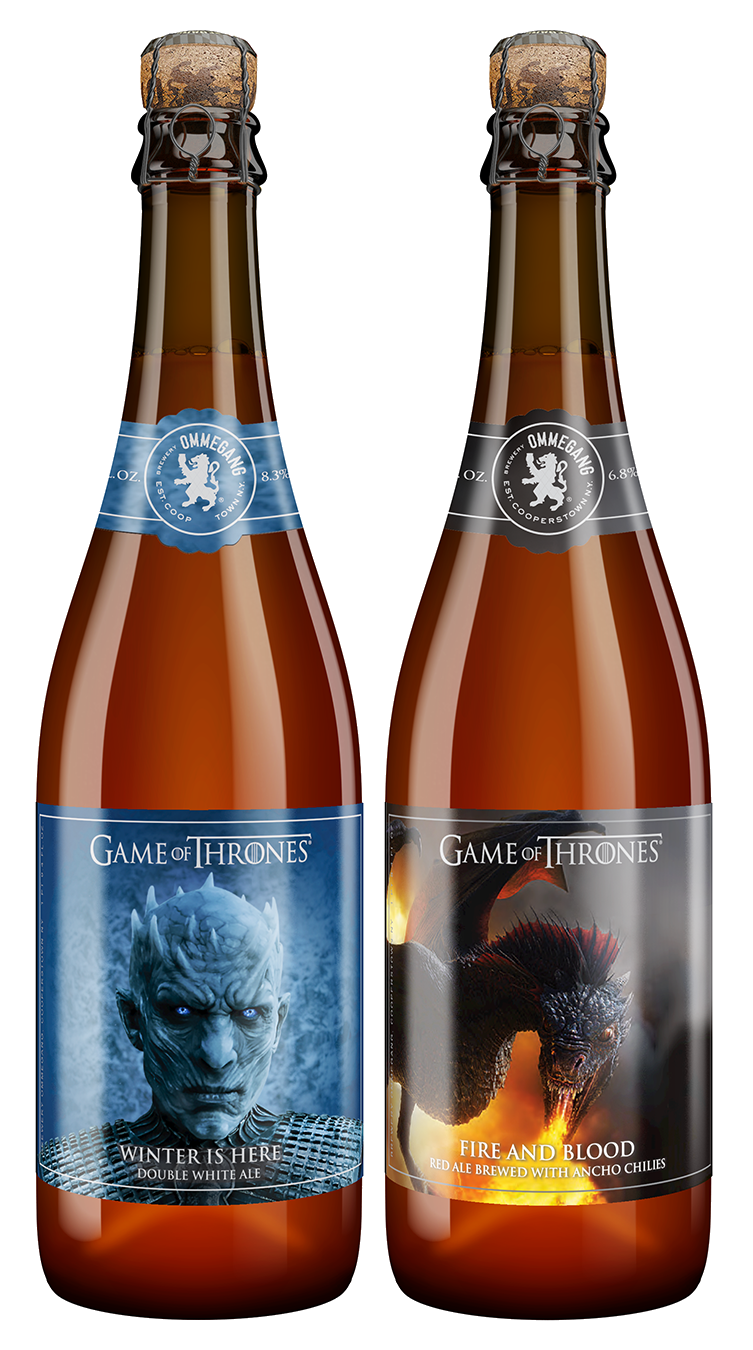